The Mother By Gwendolyn Brooks Criticism 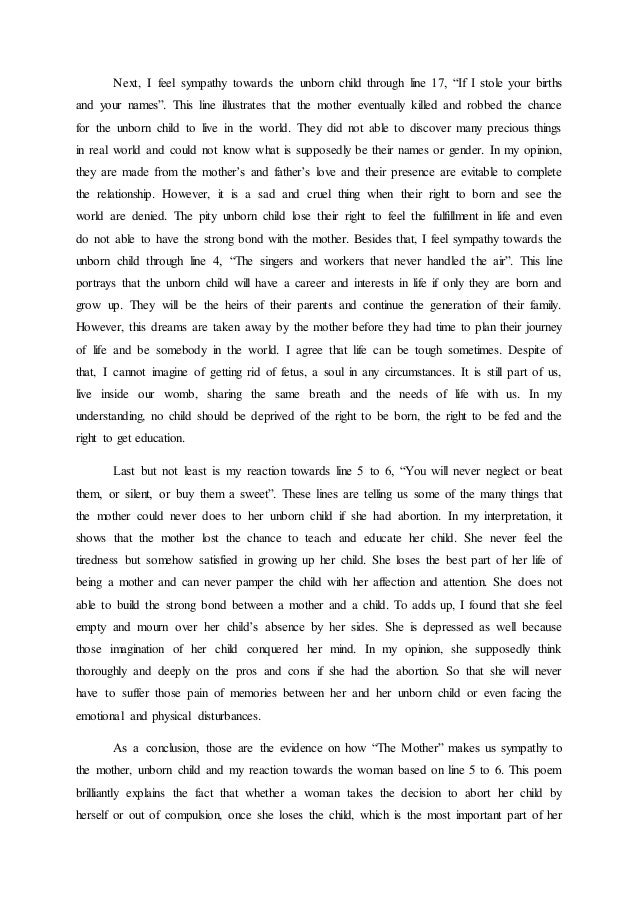